Question About This Property

Sitting down to write this was a wonderful thought journey through my adult life. It seems hard to believe the adventures I’ve been on and the places I’ve visited in a short amount of time. So I will try and make it short so I don’t take up very much of your time.

I’m a Midwest kid, I was raised in the Ozark Mountains in Southern Missouri went to study applied math and economics at the Missouri University of Science and Technology. I proudly put myself through school, working multiple jobs at a time to make end meet and working every summer at different mines across America. You read that right, I worked in open pit mines mines as an intern. Not a normal college job but the people were amazing and it paid well. During the school year, I still had time to play rugby, host a radio show, and was very social. 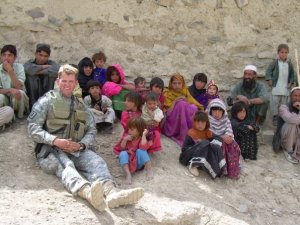 After graduating in 2003,  I enlisted in the Army to disarm roadside bombs as an explosive ordnance disposal technician (EOD) and deployed to Afghanistan. I loved it. My time in a combat zone was an incredible joy experience(seriously, I miss the comaraderie so much). In 2008, I left active duty and joined the reserve. In 2016, I was medically retired due to combat injuries. 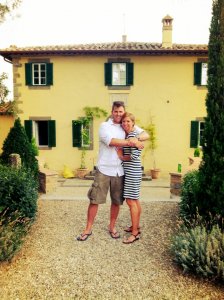 After active duty, I lived in Austin, Texas then moved to Washington DC where I worked as defense contractor on intelligence programs. In 2010, I was transferred to Hurlburt Field, Florida where I lived in Destin and worked for the Air Force Special Operations Command and deployed to Iraq. This was life changing because I met my wonderful wife in Baghdad, she was my replacement! We dated and were married soon after her return to the United States. We were blessed with children soon after and will be expecting our 4th child in Feb 2020!

In 2013, I applied to and earned a Presidential Fellowship back in Washington DC where I worked for the State Department and spent some time at the White House. It was an exciting time, I never thought I would have these chances being from small town Missouri! We were eventually transferred down to Atlanta, Georgia where we now live.

I started my investing company, Courtney Buck Investments, LLC, in 2017 after I saw a gap between housing supply and demand in the north suburbs of Atlanta. I would market heavily, finding off market wholesale houses and either partner with a home renovator or renovate the house ourselves.

At that time, I was having a great problem to have. I always had far more private money than I needed to purchase and renovate houses and we became so fast in selling the homes that investors were asking us to invest their hard earned dollars longer. I needed a solution and I found it with multifamily apartments. I could deploy private money longer, in larger amounts, and more friends and family could invest. My investors also enjoyed a smaller end of year tax hit due to depreciation, possibly higher interest on returns, and be part part of a syndication of larger deals.

If you have made it this far, fantastic! Thank you for learning more about me! Hope to hear from you!

We would love to hear from you! Please fill out this form and we will get in touch with you shortly.